This was a derelict stone walled cottage located in the picturesque mountainous area of Derryreel in close proximity to Muckish mountain.

The brief was to create an extension in keeping with the vernacular architecture of the traditional farmhouse in terms of appearance, materials and

detailing with extensive renovations to the existing cottage. Insulation was to be given high priority. The dwelling would be used as a holiday

home in the early years with a view to permanent occupancy at a later date. A storey and a half extension was constructed to the east of the dwelling accommodating the new entrance, stairs, bathroom and 2 bedrooms. A further 2 no. bedrooms would be located at first floor with an en-suite and hot press. The existing cottage was renovated to provide a kit / din / living with a vaulted ceiling. Traditional timber painted sliding sash double glazed windows were used throughout, with a rubbed up white sand cement finish to external walls. The barge was finished with a traditional slate edge detail. The rainwater goods were traditional half round gutters with circular rainwater down pipes. Reclaimed blue bangor slates were used on the roof. 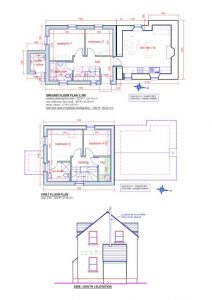 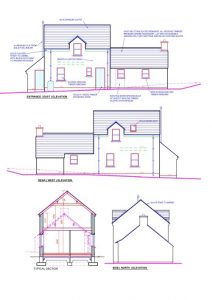 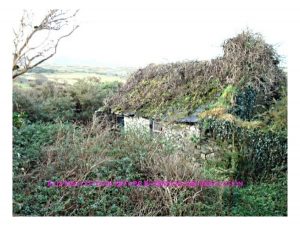 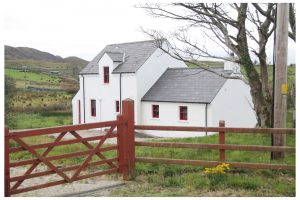 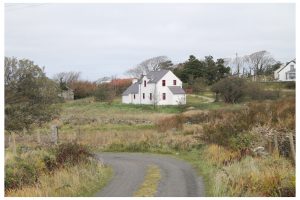 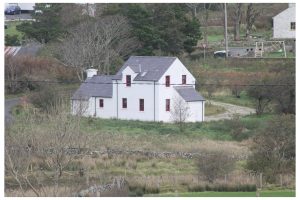 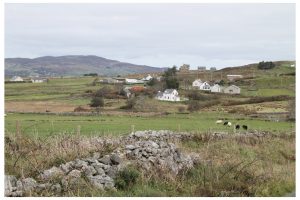 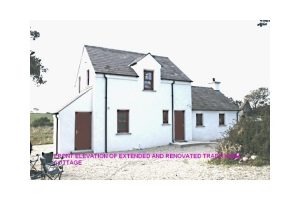 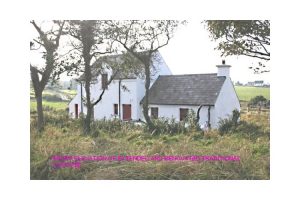 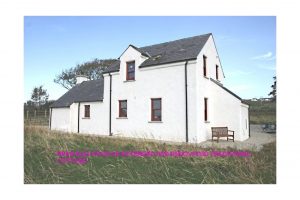