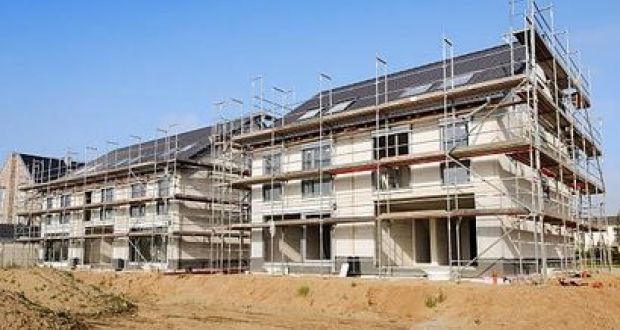 While Ireland has consistently been ranked in the first three in the world for energy efficiency in new homes built since 2011, the big challenge is the 2 million homes built when standards were much lower. Photograph: Getty Images

Homeowners carrying out major renovations or extensions will be required to ensure the entire dwelling will meet a higher energy rating of B2 upon completion under new building regulations.

The new rules will come into effect from November, and will also require new homes to become nearly zero energy buildings (NZEB). That will require them to have a rating of A2, which is twice as energy efficient as the current required rating for new builds of A3.

Another new requirement from the Department of Housing is for electric vehicle charging points on all new buildings.

The department said the move to NZEB for new-built homes would add approximately 1.9 per cent to the overall cost, but would mean savings in energy bills.

The new regulations, which are published on Friday, are aimed at encouraging owners of existing housing stock to significantly improve the energy efficiency of their homes.

Where more that 25 per cent of the surface of the building is undergoing renovation or an extension there will be a requirement that the whole building should achieve an energy efficiency of B2 or cost optimal level.

New homes which achieve an A3 standard would typically include such features as heat pumps, insulation that allows a high degree of air-tightness, advanced ventilation systems, heat recovery, triple-glazed windows and solar panels.

While Ireland has consistently been ranked in the first three in the world for energy efficiency in new homes built since 2011, the big challenge is the 2 million homes built when standards were much lower.

The changes have been signposted by Minister of State for Housing Damien English, who said the new requirements would help reduce emissions in buildings. At the moment buildings comprise 40 per cent of all energy use.

He said an NZEB, or A2 home, would have 70 per cent less carbon emissions than a similar home built in 2005.

“They will help lower people’s energy bills, reduced the risk of fuel poverty and give people greater comfort in their homes,” said Mr English.

In a presentation ahead of the announcement, the department’s adviser on the build environment Seán Armstrong said the average heating bill for energy efficient homes was about €400 per annum, about a third of the heating bill for an average C-rated three-bed semi-detached house.

There has also been a dramatic shift in home heating over the past two decades. Oil boiler installation has fallen from 30 per cent of new homes in 2010 to only 2.4 per cent in 2018.

The Government’s Climate Action Plan will ban the installation of oil boilers in new homes from 2022, and of gas boilers from 2025.

You can find out more about which cookies we are using or switch them off in settings.

This website uses cookies so that we can provide you with the best user experience possible. Cookie information is stored in your browser and performs functions such as recognising you when you return to our website and helping our team to understand which sections of the website you find most interesting and useful.

Strictly Necessary Cookie should be enabled at all times so that we can save your preferences for cookie settings.

If you disable this cookie, we will not be able to save your preferences. This means that every time you visit this website you will need to enable or disable cookies again.